This technology concept is the combination of multiple types of atomic, sub-atomic, and quantum reactions within a super-magnetic core. Multiple types of particle streams are added and removed from the reaction process; there are multiple phases of super-magnetic fields that rotate, while the inner field naturally counter-rotates from the direction of the particle reactions. The inner field is caused by the reactions of all three atomic to sub-atomic reactions, that result in the breakdown of sub-atomic particles, and the breakdown of quantum particles that are not able to leave the reaction, into the very center of the drive where super-magnetic particles of very small amounts develop from the immense pressures inwards. There is energy developed through both the particle streams and the electromagnetic coils that receive magnetic energy from the center. The only changes to the electromagnetic coils would include the phase adjustment to pull reactions back from the center to avoid too much super-magnetism developing internally, to avoid a super-magnetic implosion. These adjustments to the phase coils take very little energy, since the reactions inside the core have a natural process that rotates the particles in a natural phase. The reaction is stable enough that a super-vacuum that would allow instability to leave into a de-containment spillover doesn’t attract the reaction, because the super-magnetism in the center of the reactions pulls everything inwards. The super-magnetism has a greater vacuum power than space. 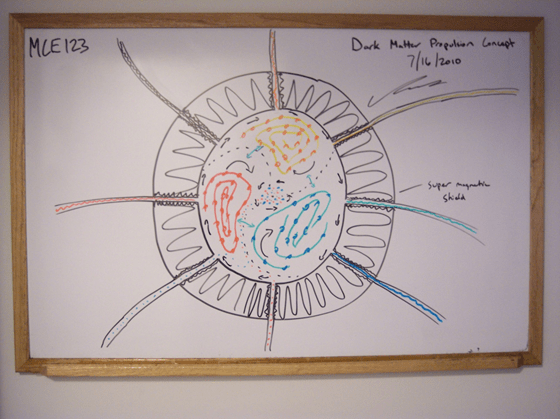