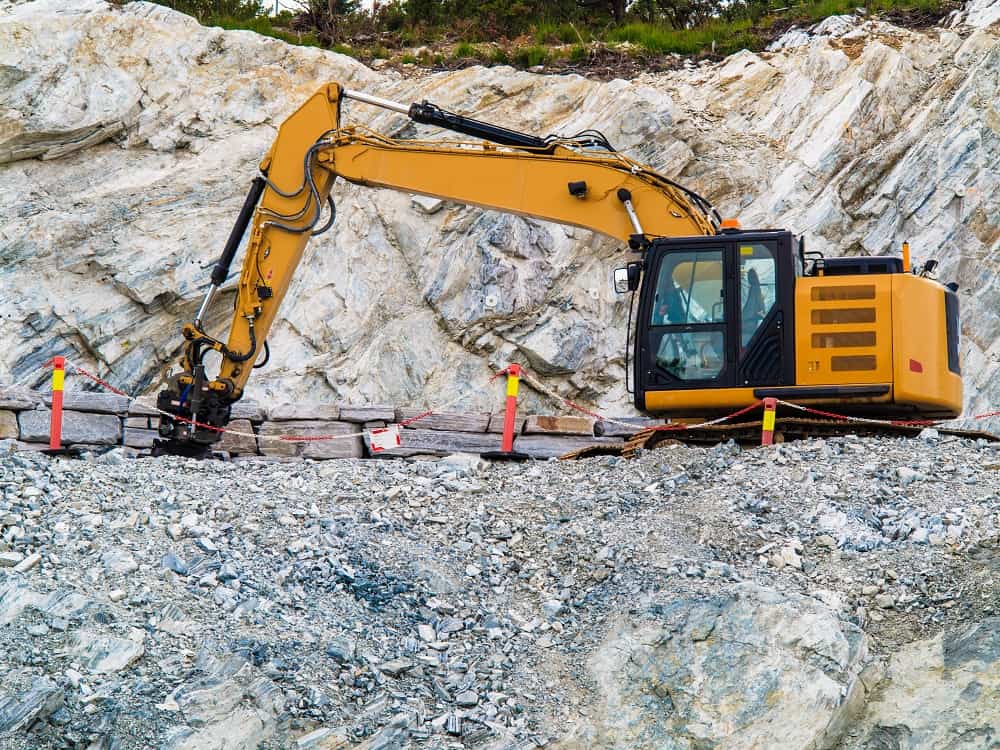 This invention concept pertains to either vehicles or machinery that deals with moving large amounts of the earth that may include soil, rock, or even hardened lava, for repurposing lands that are currently uninhabitable. An example would be breaking apart large stretches of hardened lava or rock that has pummeled a landscape by either volcanic activity, or through some other type of major event such as a rock slide or mud slide. These types of natural events can occur in rural areas like California after wildfires, and Hawaii due to volcanic activity. There is a need to have equipment that can repurpose land, by moving large amounts of rock or Earth, which may need equipment that can break up the rock into smaller pieces, such as by using lasers or diamond coated blades. The equipment would need to be mobile, so that it can cut or grind up large pieces of rock, and then cart it offsite where it can be processed further.