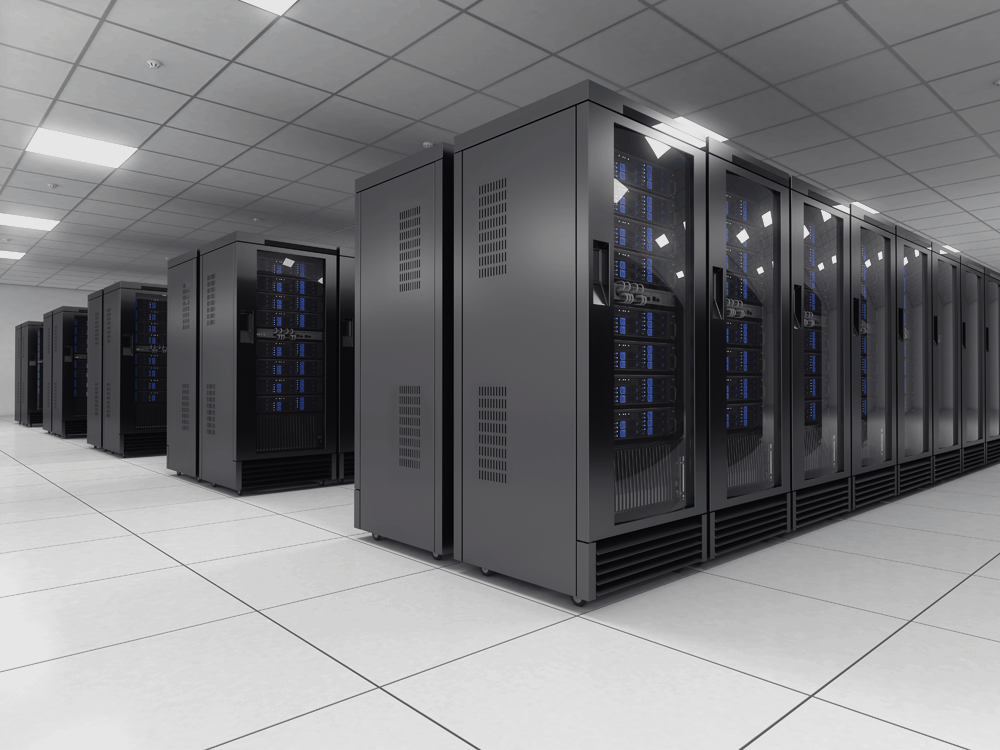 This invention concept pertains to a system that uses artificial intelligence to run a datacenter, efficiently, in a way that its operations and deployments of servers and software are done in a way that minimizes overhead and increases the abilities of the datacenter to serve the software solutions. This technology would manage properties such as deploying new servers into clusters, and the synchronization of the new servers through the customization of each server based on a server properties template – in a way that minimizes the overhead on the internal network, or uses bandwidth during times that are less active in the datacenter. The system would also manage the security of the datacenter, such as having an AI based firewall and Intrusion Detection System, that would allow the accurate detection of all attempts of hacking and other malicious activities. The system would also manage backups of servers, in a way that data can be archived when it is not being used as much, such as to magnetic drives instead of SSDs to decrease costs, and a system that can quickly retrieve any archived information and move it to SSDs or cache when it is needed. The system would also have the ability to create endpoints in between services, APIs, and technologies, in order to structure the relationships between code and hardware systems in a way that maximizes the efficiency based on the needs of the datacenter, both internally and externally. This could include software that manages storage, memory, CPU cycles, processes, network traffic, databases, and all intermediaries that use these components.