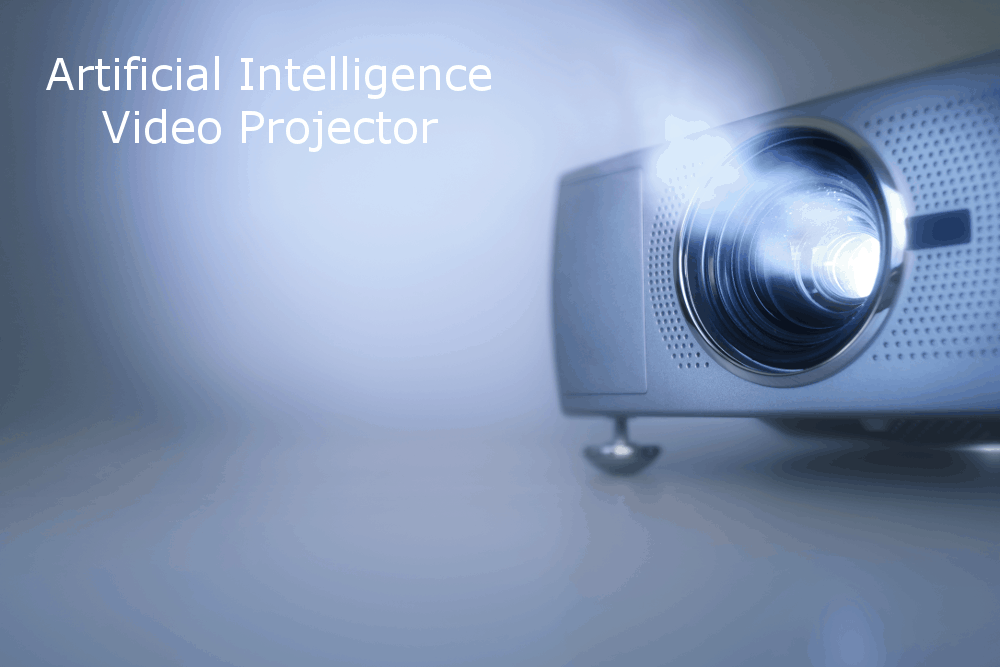 This invention concept pertains to a video projector that is attached to a computing system that has an artificial intelligence processing center, that takes voice commands on what to display through the video projector. It works by analyzing voice signatures, and determining what commands are being said, and then translating the commands into actions on the computing system using the Artificial Intelligence. The system is capable of displaying anything on the Internet or Intranet, for the purpose of internal viewing of intelligence sources, such as for intelligence debriefing, or presentations. The system can also build graphics using Artificial Intelligence graphics software, that takes in commands to build specific shapes and colors of graphics. The system has a library of basic shapes and graphics, and has an Artificial Intelligence graphics manipulation system, that is able to conduct advanced graphics development and editing on the fly, and display the graphics on the video projector.