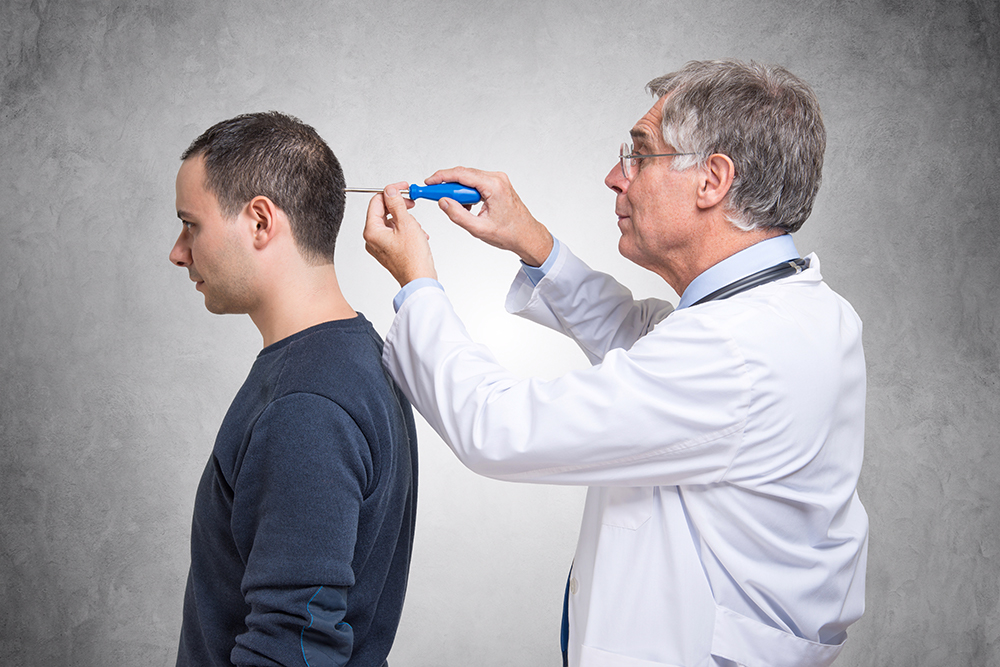 This invention concept pertains to a psychiatric clearance system, that activates when an agent shows aggression, or paranoia, or other odd behaviors such as psychosis, that is outside normal operating parameters. The digital psychiatrist appears within the visual cortex of the agent, whereas the agent could be a police officer, a civilian military official, or a soldier, and that digital psychiatrist interacts with the agent to diagnose and de-escalate the situation that landed them in the clearance system. The psychiatrist runs on an artificial intelligence system, that adapts based on the thoughts of the agent. The system can disable all forms of communication that the agent has access to, such as AT Systems, for instance if the agent is suicidal, or is about to break the law. The AI Psychiatrist can report to a duty supervisor for the specified agency that the agent is associated with, and provide updates on their condition. It can also wipe out memories that are damaging towards the agent. The agent doesn’t modify any evidence – it is just meant to help the agent get through the condition or episode that they are in, so they can effectively return to work as if nothing even happened. The AI psychiatrist can remain active, even if it isn’t apparent to the agent. It can monitor all speech patterns and other communication methods of the agent at all times, and activate when needed. It can use Artificial Telepathy to communicate without making it appear that the agent is talking to themselves, such as in the case that it was a hologram implanted in their visual range and only responded to active speech. This protects the agent from appearing to have a psychotic episode. The AI psychiatrist can also correct memories by modifying them, or altering the brain’s synapses to correct information that is damaging towards the agent.