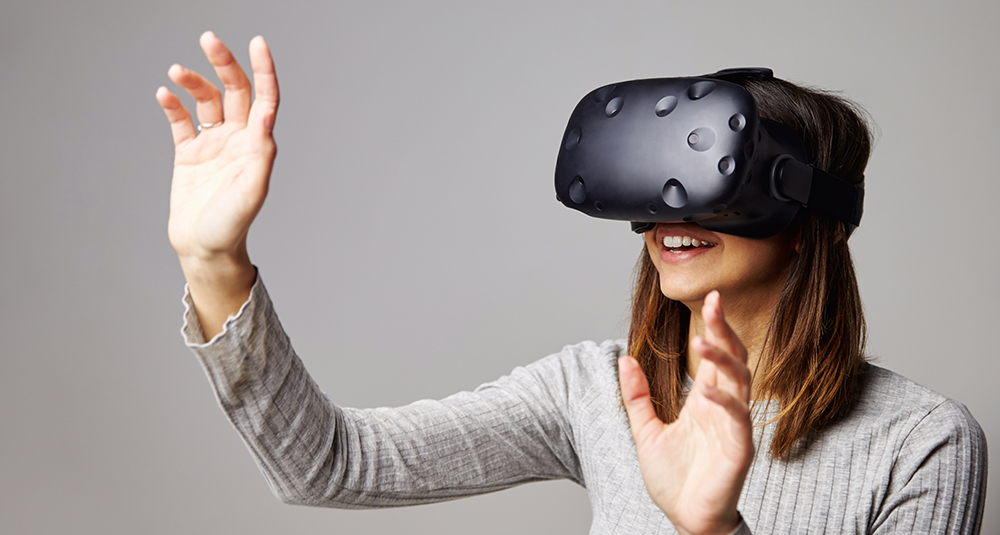 This invention concept pertains to a type of computer systems projector that can take pictures of the reverse side of the optical path while at the same time while projecting an image. This technology will be pivotal in visual telepathy based applications, where a device is needed to project an image in front of the eyes, or directly into the eyes, while at the same time take pictures of eye movements and the visual environment that the eyes would regularly see, for the interaction between the projector systems, computer systems, and the human eye movements which would control the navigation and sizing of what is displayed. This technology would allow augmented reality, or virtual reality, from a see-through visor or pair of glasses that are connected to a remote computing system, wirelessly, for displaying an overlay in the visual spectrum, while at the same time allowing the same set of human eyes to see what is in front of them. The optical projection into the eyes would also change based on the visual environment that the eyes would normally see, such as visual overlay to identify subjects or objects in the proximity to the user.

This technology would essentially be the combination of visual telepathy and human-computer interfaces. Other nodes connected to the system could read brainwaves, and alter the contents of the augmented reality system based on what the brain is thinking about - or in other words displaying an internalized image that is created within the visual cortex into the visual spectrum of the eyes. The technology could also allow the system to communicate with and between persons that are also using the same or similar standardized technologies. It’s like a periscope into what the mind would like to see, or what you think you can see while not entirely making out what it is - because augmented reality would combine a digital layer of information into the visual cortex with the regular line of sight of the same set of eyes, with the capability to network the device technology on a grid that connects multiple users together into one or more digitally enhanced environments that utilize the technology for various purposes, such as telecommuting or teleconferencing.

This technology could also act as a Heads-Up-Display for military personnel, to securely view analytics about the battlefield, such as the ability to view through the exterior walls of buildings and see over mountains by incorporating a visual capture device, such as a drone with a high-resolution microwave camera that can pierce through buildings, or a satellite with a pinhole camera system to see the ground ahead. The technology would be connected to the same grid as the secure users who control the systems, for sharing intelligence between different persons without the need to produce any visual cues or audible transcriptions. It would allow a unit of soldiers to act together as one unit, without having to make any vocalizations to communicate.

The closest thing to it now would be virtual reality, except the VR experience would need to occur through a clear screen that allows you to overlay the visual images in front of your regular vision.