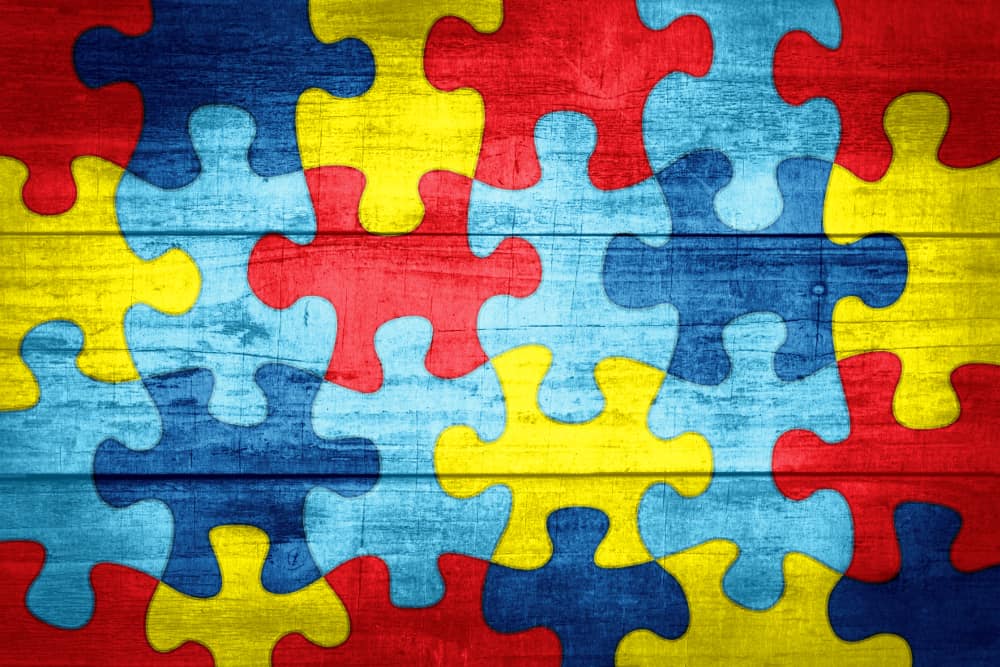 This technology pertains to the use of multiple types of emitters in public, such as coordinated uses of vehicles with precision sound effects that are based on an algorithm synthesis control module that creates artificial echoes in public that can only be understood with very high IQ persons with autistic spectrum. The purpose of this is to create a system of echoes of a puzzle that pertain to multiple locations that may move such as vehicles, and/or stationary positions including near certain buildings. The system is able to send the sounds that are in audible ranges that are very difficult to even notice, based on surrounding environmental sounds, as such that the mind of the individual requires high-IQ autistic spectrum of sound analysis. Multiple locations of the sound patterns are the equivalence of a geospatial pattern of the sounds that resonate for the autistic spectrum mind, such that the distances of the locations and the spectrums are not understood by everyday people that do not pay attention to the details of their surroundings on a highly sensitive level, while the autistic spectrum mind is very excited by the patterns of the sounds that are difficult to detect because of the harmonics of the geospatial sound pattern. To a keen ear with autistic spectrum, the system of the sounds would seem like music, while to everyone else without autistic spectrum – even one of the locations of the sounds would be undetectable. This is because the sound blends in with the surroundings, while the pattern of the sounds produces an echo that is detectable and verifiable through very minor amounts of intelligence gathering that suggests that even though the sounds are not audible, there is an affect of the sound patterns on society on a very subconscious level, thus the reason for the encryption of the sound patterns is necessary to reverse everything to a normal state and then change the encryption algorithm to another pattern of sounds. This will be nearly impossible to detect, while the system will be able to identify the most intellectually gifted, even down to if their work was able to determine the encryptions, and if so on what level of complexity.