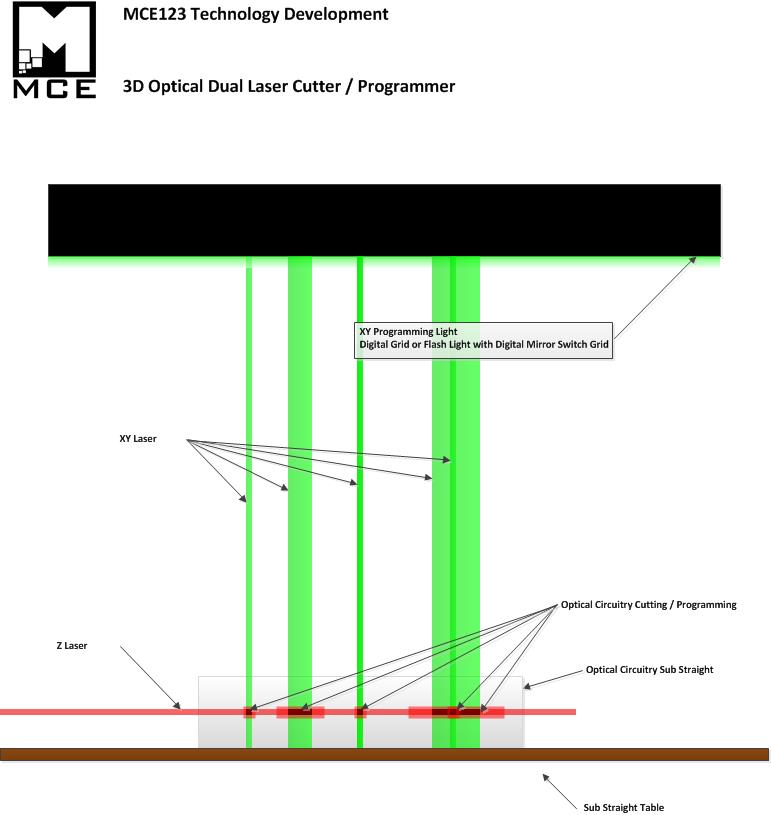 This technology could obviously be used for a new type of three-dimensional crystal data storage technology. The Z laser, when interacting with the XY laser, would allow the crystal, or plastic, or other type of three-dimensional optical material to be written to and read on a three-dimensional level, which means you could get A LOT more storage for a small amount of space on an optical medium, possibly the size of a CD or DVD or Blu-Ray, but the difference would be that it wouldn't need to spin. It would have the capability with laser arrays to read and write to any number of areas in the medium, all at the same time. It would also be possible, using certain types of optical materials, to re-write many times over in the same quadrants where data was stored previously. It would also be possible to take the lasers down to a quantum level, where you can control streams of individual particle photons, or light streams that are one photon in diameter, and have a nearly infinitive amount of storage on the device.