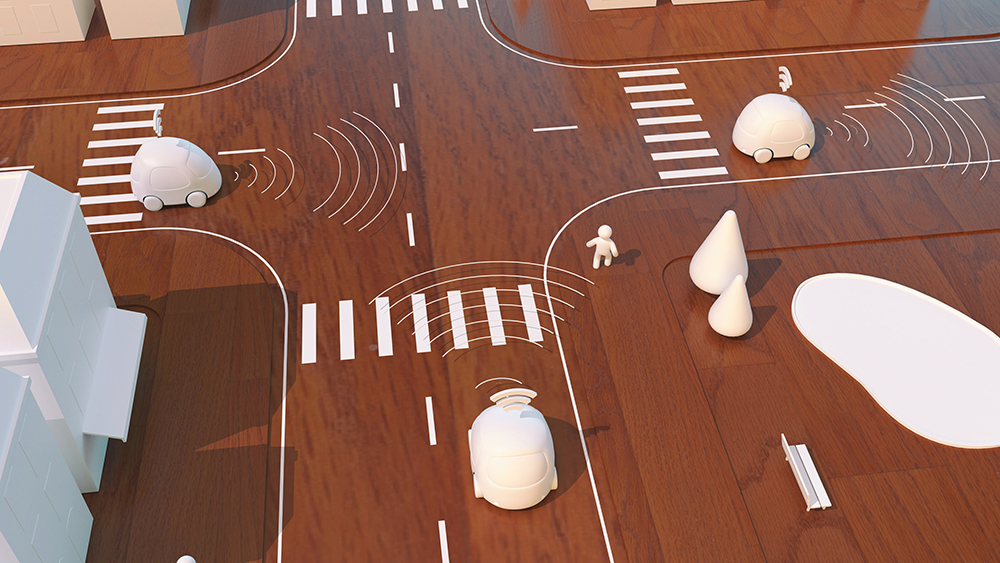 This invention pertains to a system of sensors, including different types of sensors such as lidar, radar, microwave, infrared, and optical cameras / sensor grids that all work together to detect the slightest object in the path of a robotics system or automated driven vehicle, for the purpose of avoiding accidents, while not requiring a person to drive the vehicle. The system would not just work off of Artificial Intelligence to determine driving habits and mimic them while staying in lanes, not running into other cars or hitting pedestrians, and following all speed limits and other laws. The system would also have a sensor grid that would allow it to detect any type of object that is in its path, and determine if it is a threat, and if so, have the ability to alter its behavior to avoid the object if necessary – not just objects that can be seen, but any object that takes up physical space, as detected by the sensor grid. This came to light because of car accidents from existing systems of automated driving vehicles from their operators not taking over the wheel when they are alerted of a danger. In the future, there is a need for vehicles that are completely autonomous – that can take orders from humans such as setting a destination, or pulling over to pick up a friend, or scheduling a detour. Basically the system would need to be able to do anything that the human instructs them to do, or a command system instructs them to do, and the system would need to be able to think like a human when making decisions about doing those tasks that are necessary for the vehicle to mimic the abilities of what it would be like if a human were driving the vehicle.

The same could be applied to airplanes and other moving objects such as drones, for an example for military command systems, where there are networks of devices that take commands from soldiers who are authorized to control them on the battlefield. The same type of analytics system would need to be invented for the military command system – to be able to think like a human. One possibility is to synchronize the Artificial Intelligence system with EEG data, or data that is gathered from brainwaves, if and when it can be decoded. Another option is to use cameras and microphones and other sensors to detect what the humans are doing with the vehicles and robotics systems, before the command system is in place – or in other words the mark 1 systems are gathering intelligence for future AI controlled systems that are based on what past humans have done. Eventually, there will be a need to have mind control over devices, such as EEG or otherwise brain scanning systems that gather thoughts and convey them to Artificial Intelligence systems on the battlefield, or in vehicles or airplanes, so that they can be controlled, through safety systems that don’t allow any illegal actions, but take into consideration useful information that humans provide the system about the navigation or otherwise controlling the robotics systems, as if they have their hands and feet on the physical controls themselves.