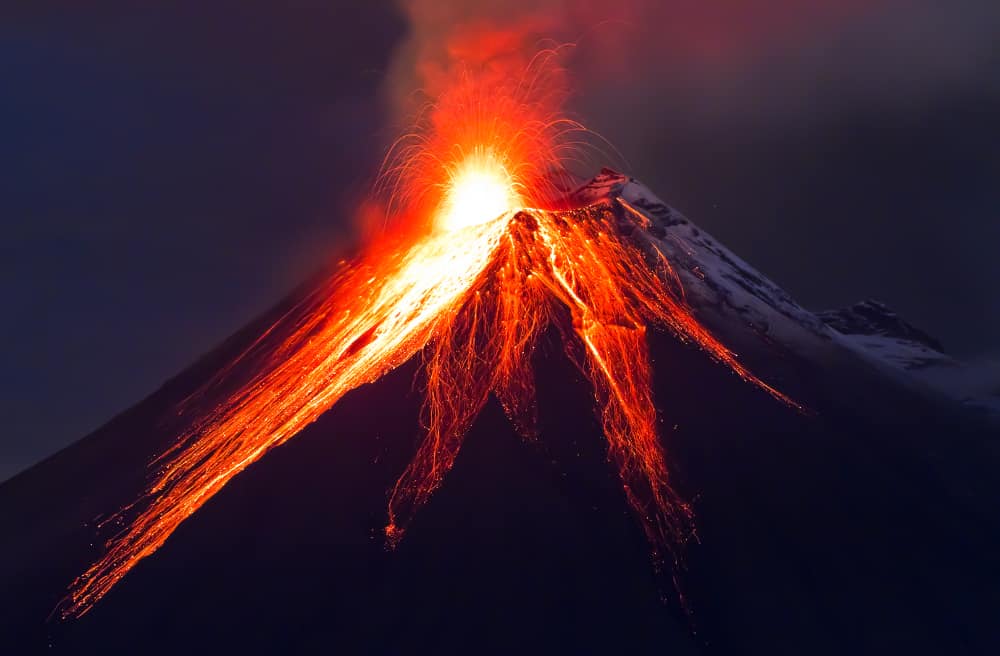 This technology pertains to the use of robotics and specialized technologies to build secured facilities within volcanoes, including the conversion of lava and the heat from rocks into cryogenic fluids, and the overall rapid cooling of the volcano to allow for mining and construction of facilities within the recent molten rocks. These facilities may require systems that manage the environmental temperature underground to ensure that the temperature of the volcano remains under control, such as pushing the lava flows deeper underground while channeling the energy from the lava into a power generation facility that is designed especially for the volcano facilities. This technology would provide power for air conditioning systems, the generation of pure oxygen, and the creation of water from the production of cryogenic fluid from the lava, and the gathering of perspiration from the freezing technologies. The cryogenic fluid is created through the differentiation of the liquid in the lava and at a distance, and the cooled fluid at a cryogenic state is compressed within storage tanks with multiple levels of shielding, such that the cold does not escape from within the storage tanks, and there are multiple layers of air-tight and temperature-tight seals that keep the inner parts of the storage tanks under perfect controlled temperatures.