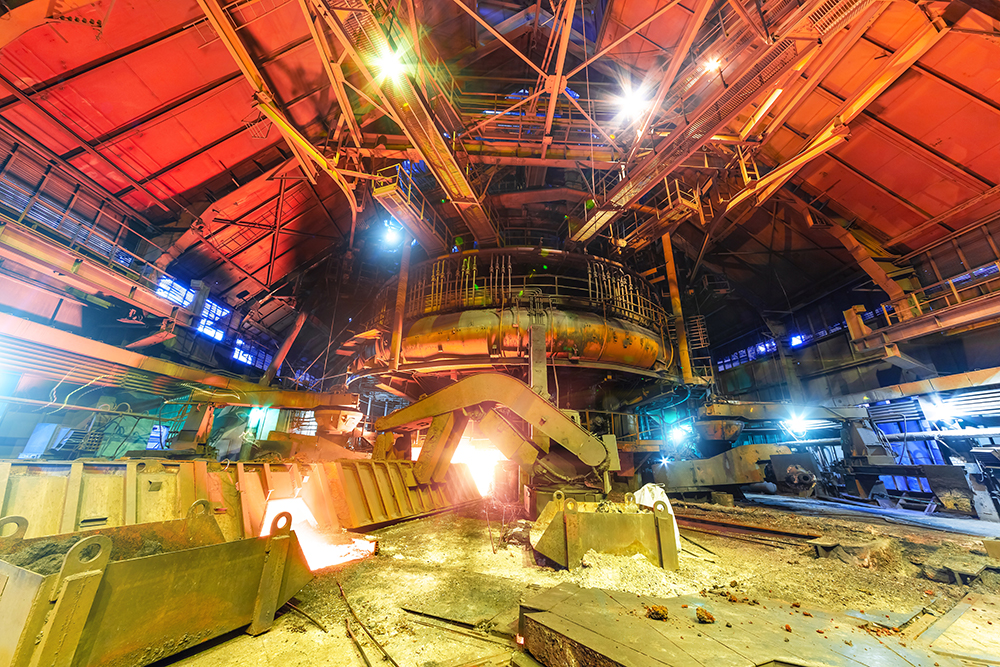 This facility pertains to the manufacturing of magnets through the foundry of large amounts of magnetic particles into the molten form. This facility requires a high-capacity ventilation system for the equipment and for the environment around the equipment, and the air must be filtered at a nuclear level due to the use of nuclear technology to align the particles during the foundry process of the magnet creation. This facility type is a secured nuclear research facility, with its own requirements for distance clearance and safety procedures. The facility has multiple levels of clearance, such as receiving the raw supplies of magnetic particles that are enriched to super-magnetic particles, the movement of the super-magnetic particles to the melting equipment, the pouring of the melted magnetic materials into the foundry molding, the alignment of the magnetic forces, the cooling of the magnets, and the loading of the magnets onto the transportation train that delivers the magnets to the completed pieces facility. Each of the compartments of the process has as separate inter-compartmental system that is required for security access to the specific compartment, and the inter-compartments all have separate airlocks and air sanitization / screening / security rooms to ensure there is no cross contamination of nuclear radiation, particles, and/or other types of contaminants. Some of the rooms may require radiation shielding, and in such rooms there are entry way centers that include multiple screening / decontamination levels, including decontamination suits and decontamination procedures that are separate for input and output, and there are multiple rooms for each, such that each room and each direction is separate to ensure isolation of all instances and to ensure that all particles / radiation / contaminants are removed from all persons prior to their entry / exit into the specific rooms that require such decontamination procedures, and to ensure the safety of the overall project from such cross contamination.