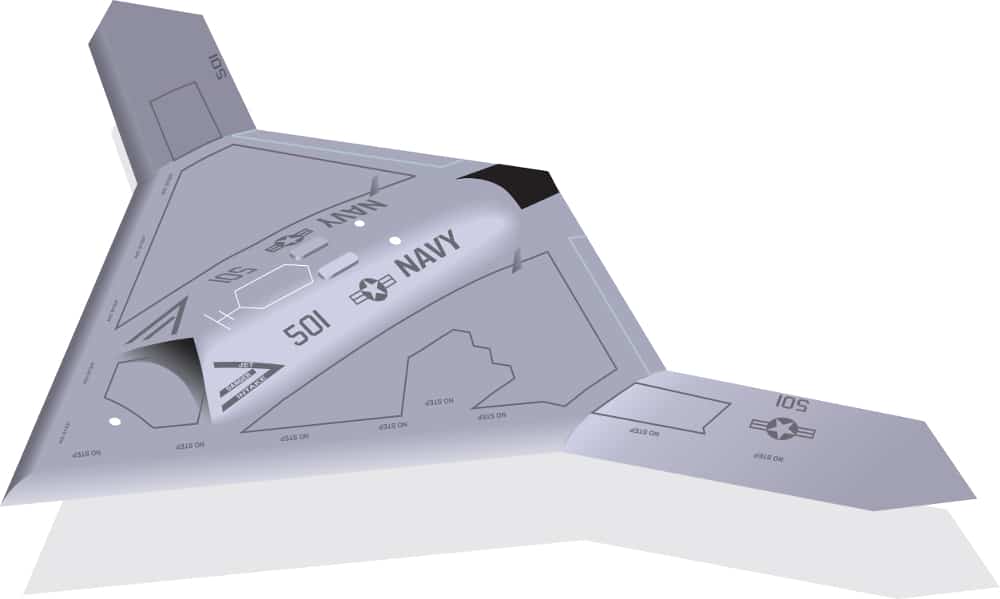 This technology basically encompasses drone or UAV aircraft that can travel at hypersonic speeds, but also drop in and out again of hypersonic flight speeds, such as for the purpose of destroying ICBMs and/or SCBMs launched from multiple locations. This technology would be one of the first responders to missile launches, and could also be used to intercept jets and bombers and destroy them.

Options for weaponry obviously includes the usual air-to-air missiles, kinetic kill vehicles, and also laser systems that could be fired while the drones are in hypersonic travel speed. The reason why lasers could be used at hypersonic speeds is because the laser doesn’t put any drag on the aircraft as it is fired.

The size of a hypersonic drone could be as large or larger than the Global Hawk II. It would not be able to fire missiles at hypersonic speed, at least to my knowledge of the aerodynamics of hypersonic flight, because there would be drag created by the missile launch that could destroy the drone if it was flying at hypersonic speeds while a missile is launched. This option is not impossible in the future, but a new type of missile that doesn’t create much drag upon launch would need to be developed.

The missiles used on a hypersonic drone would have to be inside the drone aircraft, because otherwise the drag from the Jetstream going around the missile on the wing like on a standard drone would create drag which would slow down the drone, and it would also be a hazard of causing the drone to break apart while in hypersonic flight speed.

The hypersonic drone will take a lot more planning, for an example the firing of the laser while travelling at hypersonic speed would need to occur at pulses consistent with the travel speeds of both the drone and the object the laser is intended to hit, and the pulses would need to modulate in direction and length of pulse to accommodate for the different travelling speeds of both the drone and the intercepted object.

There will need to be a new type of radar system developed for a hypersonic drone, because conventional radar will not be fast enough to detect the speed and direction of the object(s) intended to be intercepted. The system would need to be able to function with other aircraft in the area and share information on high frequencies that the enemy cannot jam, and also be able to communicate with weapons systems after they are launched from the drone, while the weapons systems should also have self-guided radar systems because the intercepts could occur in contested environments.