Drones That Deliver Vehicles and Other Large Packages 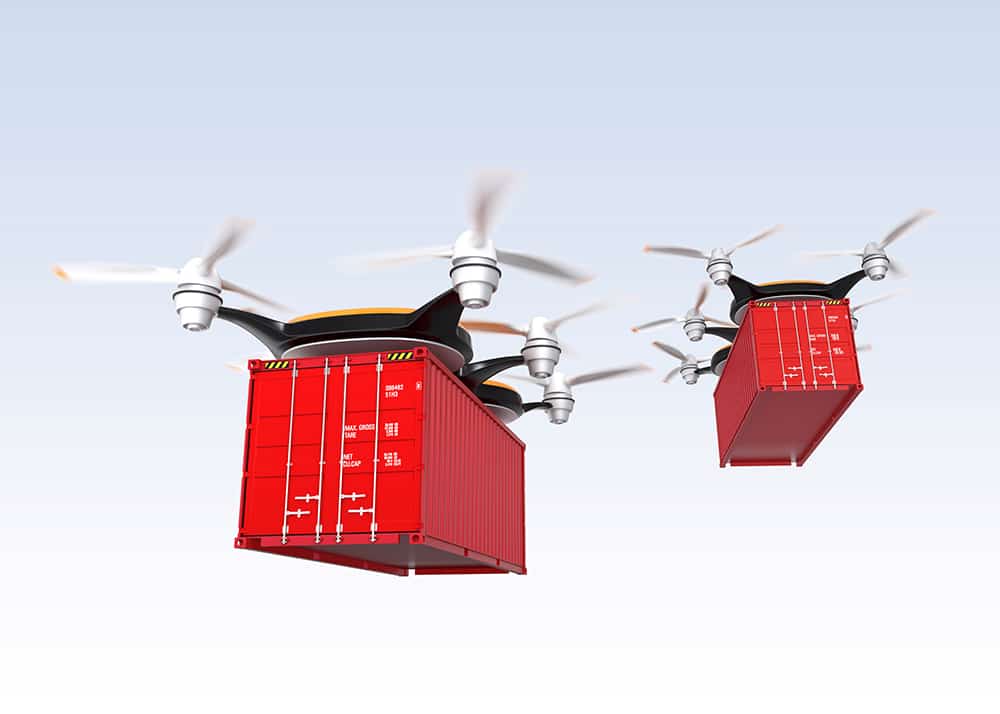 We’ve all heard of drones that can deliver small packages from Amazon, or your dinner, but imagine if there was a drone big enough that could deliver a cargo container that has a vehicle inside, such as a car, or a truck, or a SUV… this idea was thought up for Carvana, that has an advertisement showing that you can purchase a car from a car vending machine, or have it delivered right to your home. We thought we’d entertain the idea one step closer to insanity – drones that deliver cars. Imagine the military capabilities if you could move containers full of supplies, including Humvees, Helicopters, and Artillery to a remote battlefield and air drop soldiers to receive the goods. The drones would be reusable, and could pick up the cargo from a special type of military carrier ship. It would make the logistics of moving military hardware much, much easier. And we’re talking drones that fly themselves after being pre-programmed – not the type that requires a constant flight coordinator. These drones could seamlessly pick up and deliver large cargo containers to where they need to go on the battlefield, or they could deliver cars to rich people that are too lazy to drive down to their local auto dealer, because who does that anymore?

The concept of such a drone isn’t impossible to build – it’s just probably too expensive for Carvana. But probably not too expensive for the military under certain conditions of war. And when you’re done with the war, you can just load everything back into empty cargo containers, and the drones will come and pick up the goods and take them back to the ship. Pretty neat, right?