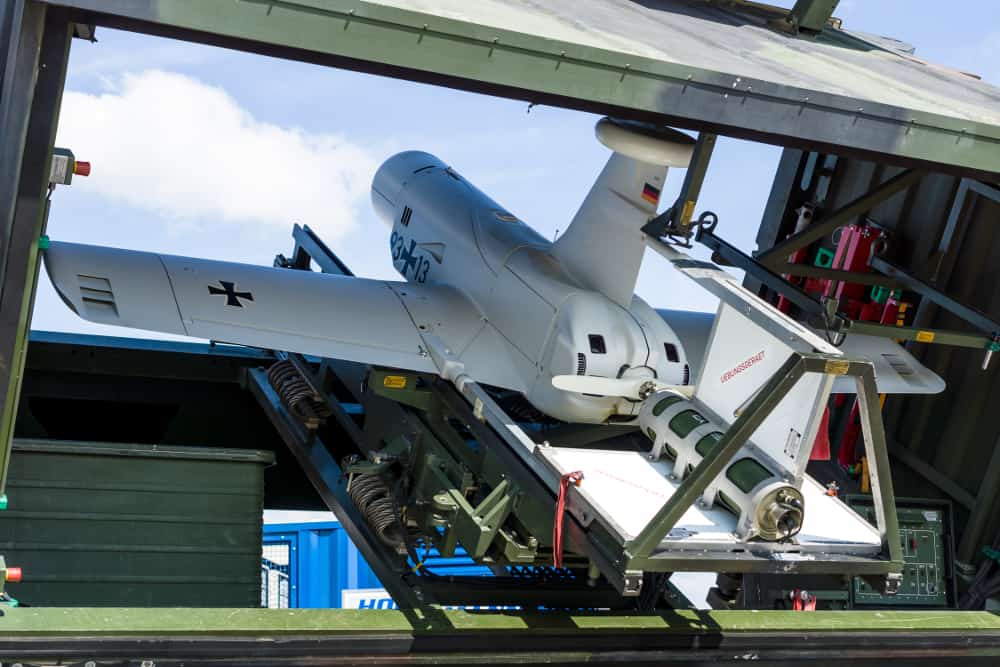 This aircraft has two different types of ion drive propulsion systems that work through moving tiny channels of air through multiple parabolic air channels that radiate the air channels before or after an ion drive process, such that the intake and exhaust are capable of changing polarity. This is possible through heating or cooling the air. One ion drive system works for the vertical thrust, and another ion drive system works for the horizontal thrust. The vertical thrust has the capability of lifting the UAV at a speed of approximately 80MPH, and the horizontal thrust has the capability of reaching MACH 10 within 3-4 seconds. The entry to the MACH 10 sound barrier creates a large plume of water vapor much larger than the UAV, with a length of approximately .25 miles. The stealth UAV is undetectable both with the design of the aircraft, and the speed of the propulsion. There is currently no braking system on the stealth UAV, since the materials used are lightweight, and the use of a braking system to eject the aircraft from MACH 10 to less than MACH 1 at a fast speed would result in the aircraft destroying its self from the pressure of re-entry. The aircraft is capable of being controlled remotely while at MACH 10, and conduct surveillance missions, while the aircraft must be reduced in speed gradually rather than suddenly, in order to re-enter at lower speeds of travel through gradual reduction of thrust. The aircraft has limited weight capabilities, while the size of the vehicle is no greater than approximately 30” in length, and no greater than approximately 15” in width, and no greater than approximately 8” in depth, with no greater than 12” in depth including the landing gear. The Stealth UAV has a vertical lift capability, and has the capability of landing vertically. The horizontal thrust is a separate drive propulsion system.