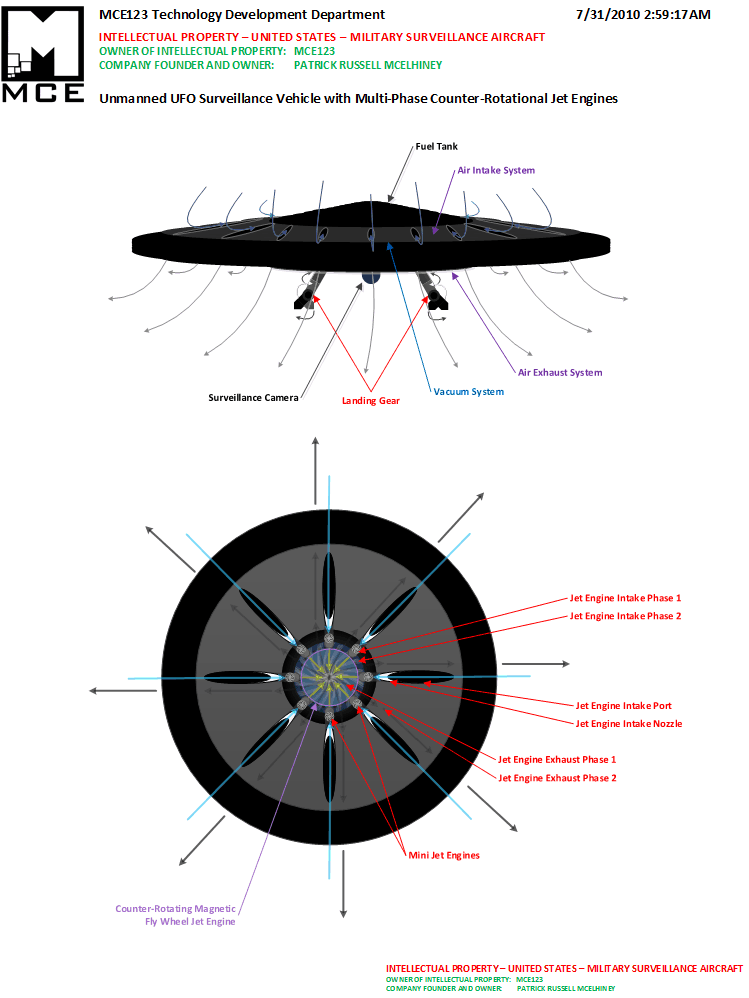 This invention concept pertains to an unmanned UFO surveillance vehicle with multi-phase counter-rotational jet engines. It is disc shaped, with a fuel tank on the interior of the disk. The air intake system takes in air from above or below the aircraft, and it can rotate, as well as move up and down, and side to side in any direction. It just depends on which of the jet engine ports are used for intake, and which are used for air output or thrust. It has a surveillance camera, landing gear, and its propulsion works mainly from a vacuum that is built up within the craft that makes it lighter than the air around it. It takes a considerable amount of power to keep the vacuum in stasis, or the craft will fall down to the ground.